I figure if I add county outlines, metropolitan area highlights, and maybe interstate highways I'll have enough landmarks for people to understand their states by. Oh, and I need to render water right too. 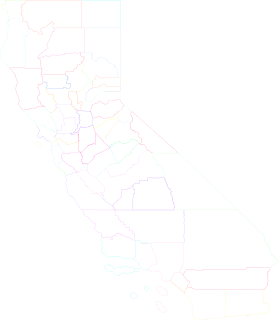 Here are the "places" known to the census in the current TIGER/Shapefile: 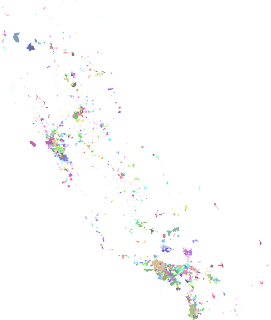 These are all additions to the new Java renderer that parses the shapefiles. I think I'm leaning towards making a downloadable desktop Java application for doing hand-redistricting. It might also be doable as Applet or web-start delivery.
Posted by Brian Olson at 8:39 PM No comments:

Email ThisBlogThis!Share to TwitterShare to FacebookShare to Pinterest
Labels: hack

I'm sure I'll be posting these more frequently as things heat up.

Illinois
03-08, Rose Report, 03-19 Progress Illinois blog, 03-21 OpEd citing League of Women Voters efforts and IL Fair Map (I like that they have an ordered list of critera, and it is the same as mine.)

In this 03-04 Wall Street Journal OpEd, Karl Rove wants to prove the supremacy of the Republican party by gerrymandering Democrats out of seats. (Noted 03-16 at the Rose Report)

03-19 WSJ OpEd seeks "permanent benefit" from redistricting power grab, no shame, greed is good:
"While the election of 1994 did signal a political realignment, none of that alignment translated into the much more permanent benefit that redistricting could provide in 2010 if the GOP takes over state legislatures across the country." -- Michael Solon, former advisor to Sen. McConnel (R-KY)
Posted by Brian Olson at 11:30 AM No comments:

Email ThisBlogThis!Share to TwitterShare to FacebookShare to Pinterest
Labels: links

The California system, and other proposals I've seen, take district map making away from party biased state legislatures and give it to ... party influenced 'independent' commissions. A common formula gives 'both' parties equal say in appointing members of the redistricting commission. The big problem I have with this is that the two parties don't represent everyone. There are other parties. There are a growing number of people who associate with neither party. Giving up control of our government to these two squabbling groups, and codifying it in law and amendment to state constitutions, seems like a bad plan to me.

The California plan makes a party of 5 Democrats, 5 Republicans and 4 independents. A recent proposal for Illinois suggests 3, 3 and 1. These proportions are right for no particular reason, and sooner or later, perhaps immediately, they will be wrong.

What's the alternative? We could hold special elections in November of Census years to elect the map makers for the next year. If this is done right it would elect people representative of the population. But, it wouldn't do anything more than that. I can't think of any process that will give us sufficiently enlightened people that will reliably draw maps that actually represent 'communities of interest'. I hope someone thinks of one. Until then it's just more government by dysfunctional duopoly.
Posted by Brian Olson at 6:46 PM No comments:

Ballot initiatives coming up November 2
I think there may be problems in implications of the amendment language they have set out.

The problem comes at the end, "The order in which the standards ... are set forth shall not be read to establish any priority of one standard over the other"

Without any priority, how are we to know what to do? Some fuzzy hodgepodge of all those values? Can I sometimes throw out compactness in the name of preserving existing political boundaries? Must I sometimes do the opposite and throw out a boundary to make a compact district? Perhaps "districts shall, where feasible" is a lesser commandment than the straight up "districts shall" of the previous clauses. In that case, existing boundaries are out, equal population and compactness are in.

Except of course that the 'compliance with federal law' aspect will make equal population a hard requirement, above the others. Ok, fine, that's what I want anyway.

Partisan gerrymandering is measured by 'intent', but race is measured by 'intent or result'. I'm not sure we can measure intent, but I am sure we can measure results. What level of results skew implies intent? What is "opportunity ... to participate in the political process or to diminish their ability to elect representatives of their choice"? I wish I could elect the representative of my choice. Are we going to declare that districting shall be used to create faux-proportional representation? Which way of cutting the population cake do we use to decide how to group people together and declare that they get to elect a representative? Race is an obvious way, but not the only way, and probably often not the right way.

Florida will probably yet be better off with these amendments than without them, but I don't expect their redistricting plans to be approved under these systems until some time in 2012 after lengthy and expensive court battles.
Posted by Brian Olson at 6:05 PM No comments:

The Census bureau is promising redistricting data from the 2010 census by March, 2011.

My goal is to produce 142 reasonable district maps within one month of that data release.
43 Congressional districts maps (AK, DE, MT, ND, SD, VT, WY have only 1 district right now).
99 State legislature district maps (Nebraska only has one).

Between now and then, I'll be working on the software and keeping this blog updated with progress on that and news about the politics and movements around redistricting. I just need the rest of the world to say, "Hey, that's a pretty neat idea. Maybe we can use some of that to make our country a little more fair."

If you know any programmers, advocates, activists, politicians, journalists or just concerned citizens who care about this issue, point them over here. We should talk.
Posted by Brian Olson at 2:29 PM No comments:

Email ThisBlogThis!Share to TwitterShare to FacebookShare to Pinterest
Labels: goal

Not going so well according to Sacramento Bee

Virginia legislature fails to pass an independent commission bill, will likely draw districts themselves.
Posted by Brian Olson at 9:25 AM 1 comment:

Email ThisBlogThis!Share to TwitterShare to FacebookShare to Pinterest
Labels: links

The current redistricting solver is probably pretty close to being a workable distributed client that people could download and run and help with the computation on their home computers. It has a reasonably small ram footprint, and runs at low priority well, I do this much of the time on my own computers. It just needs a wrapper to manage downloading a state of data and uploading results.

There is another option that I've considered some times which is to expand the graphical display version that I have for MacOS X and make it into a full editor that could be used to hand-tweak district maps. It would have the measurement ability built-in to get compactness measures and demographics. It might be interesting to see what people come up with that the automatic solver wouldn't. I'm sure it's sometimes more satisfying to get in and work on it yourself instead of just letting the solver work, and I think there could be better following of actual community boundaries if someone who knows the area draws the map by hand. I don't know how much that will deviate from 'optimal' compactness, so I guess we'll just have to try it and see.

The blog poll for the next few months is this, do you want a nice quiet background solver or tweaking and tinkering by hand?

(With a little luck, there will be time to make both.)
Posted by Brian Olson at 6:33 AM No comments:

I'm doing a lot of work on my redistricting program lately and I thought it needs a devoted blog just to that topic.
Posted by Brian Olson at 5:40 AM No comments: